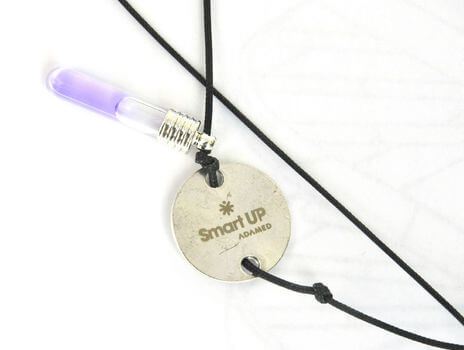 How to use the genetic code wisely? Why was the DNA structure discovery in 1953 one of the most important achievements in the 20th century? Why does the information written in a couple of million kilometres of human DNA make a person so special? Answers to this and other questions were given by ADAMED SmartUP experts at the Warsaw University of Technology Educational Picnic.

On the occasion of the 100th Anniversary of the Revival of the Warsaw University of Technology, 15th and 16th May at the Main Campus of the Warsaw University of Technology, an Educational Picnic entitled “Od mikro do makro” (From Micro to Macro) took place. Among the partners of the event were Representatives of the scientific and educational ADAMED SmartUP programme, who offered the guests numerous attractions guided by the “We discover the secrets of the DNA” idea.

On the first day of the picnic, Dr Takao Ishikawa, an ADAMED SmartUP lecturer, gave a lecture acquainting the audience with the topics of DNA structure, reading the genetic code and making wise and legitimate use of it. The lecture was attended by over 70 students from Warsaw middle and high schools.

On Saturday, 16th May, a science village was built in front of the Main Building of the Warsaw University of Technology, hosting – among others – the ADAMED SmartUP stand. In its experiments’ corner, the guests could use a kit for isolating their own DNA from cheek swabs. After appropriately preserving the genetic material, the guests could enclose their DNA in a special pendant and take it home. The ADAMED SmartUP programme stand was the subject of interest of big and small science enthusiasts for the whole day.