Get to know the alternative reality game from the inside! 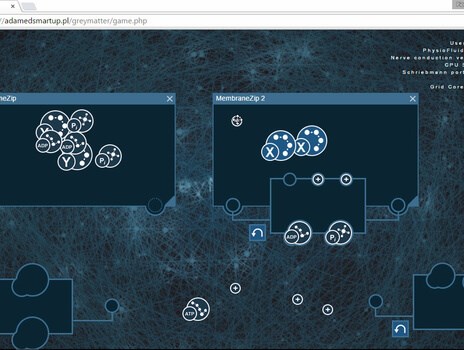 The game used all available media (websites, audio and video files etc.), which guided the player through a very intriguing and mysterious plot. During the game, the player was given hints and traces – encrypted or in a form of puzzles and metaphors – with a growing level of difficulty. The game’s theme were the physical and natural sciences.

A participant in the recruitment game to the 2nd  edition of the programme started the adventure at the moment it ended in the previous edition – in a trap. The player was partially hibernated – the metabolism of all organs except for the brain was slowed down. The purpose of the game was to get the player out of the hibernation mode.

The network became a game field, which determined the winners with a high IQ, able to think out of the box and quickly connect facts. The response time had no influence on the result – more important were the ability to use information from different sources and an interdisciplinary attitude towards the problem. The game was inspired by the best recruitment programmes in the world, for instance by the Government Communication Headquarters in the United Kingdom – GCHQ.

The attached materials provide a detailed description of the plot and particular stages of the game. The solutions to all puzzles were presented and explained in detail.
The next edition of the programme is scheduled already for September 2016 – we encourage you to take part and check your abilities in this scientific adventure!