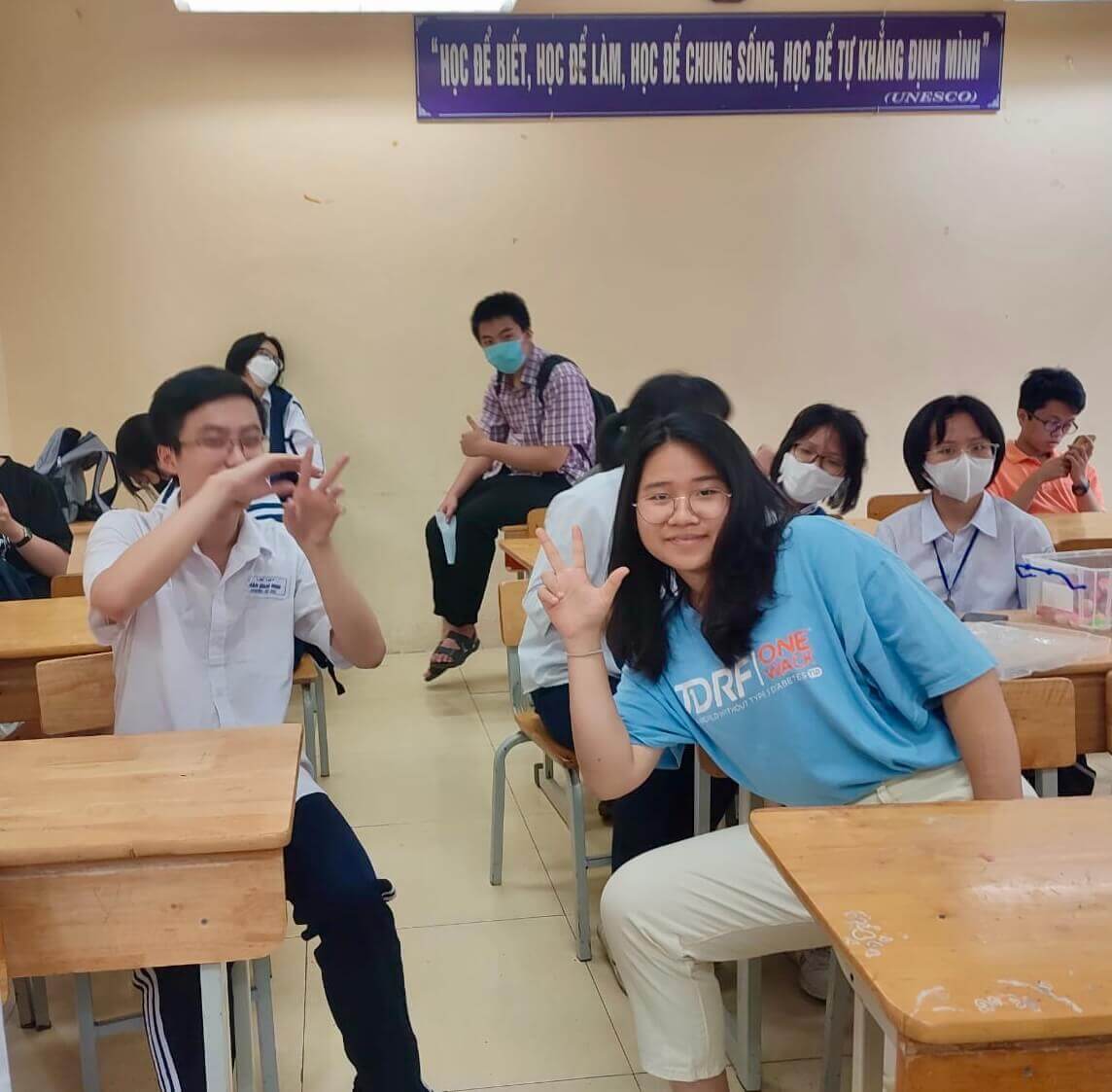 The winners of the third edition of ADAMED SmartUP in Vietnam have been announced. They are: Hoa, Hanh and Hoan. We are happy that this year we can invite all three of them to participate in a science camp which will be held in July in Warsaw.

In autumn 2021, 457 candidates from the Polish-Vietnamese Friendship Secondary School in Hanoi applied to take part in the Vietnamese edition of ADAMED SmartUP. We selected 150 finalists. The participants spent the last few months studying hard: they took part in English language classes with native speakers, as well as in exact and life science classes. The final stage of the third edition of the programme consisted in the preparation and presentation of a project about the topics addressed during the workshops.

The official closing ceremony of the ADAMED SmartUP Programme in Vietnam was held at the end of May 2022, when the winners were announced. This year’s award was an opportunity to take part in a science camp in Poland. The winners were chosen based on the presentation of their original projects, but English language test results were also taken into consideration.

During the science camp, Hoa, Hanh and Hoan will take part in some of the classes alongside Polish participants. This will be an excellent networking opportunity for participants from both countries.

In Vietnam, the ADAMED SmartUP programme is organized in cooperation with one of the largest secondary schools in Hanoi – the Polish-Vietnamese Cooperation Secondary School. It was first held in 2019. A total of 310 teenagers passionate about science have so far participated in the three editions of the programme.

We would like to congratulate the three winners and we are looking forward to the meeting in July.

On July 17, we officially launched our science camp as part of the 8th...

THE SPRING EDITION OF THE ADAMED SMARTUP ACADEMY IS OVER

104 students aged 14-19 took part in the spring edition of the ADAMED SmartUP...

The winners of the third edition of ADAMED SmartUP in Vietnam have been announced....

Due to the ongoing war in Ukraine, the Adamed Foundation has decided to contribute...