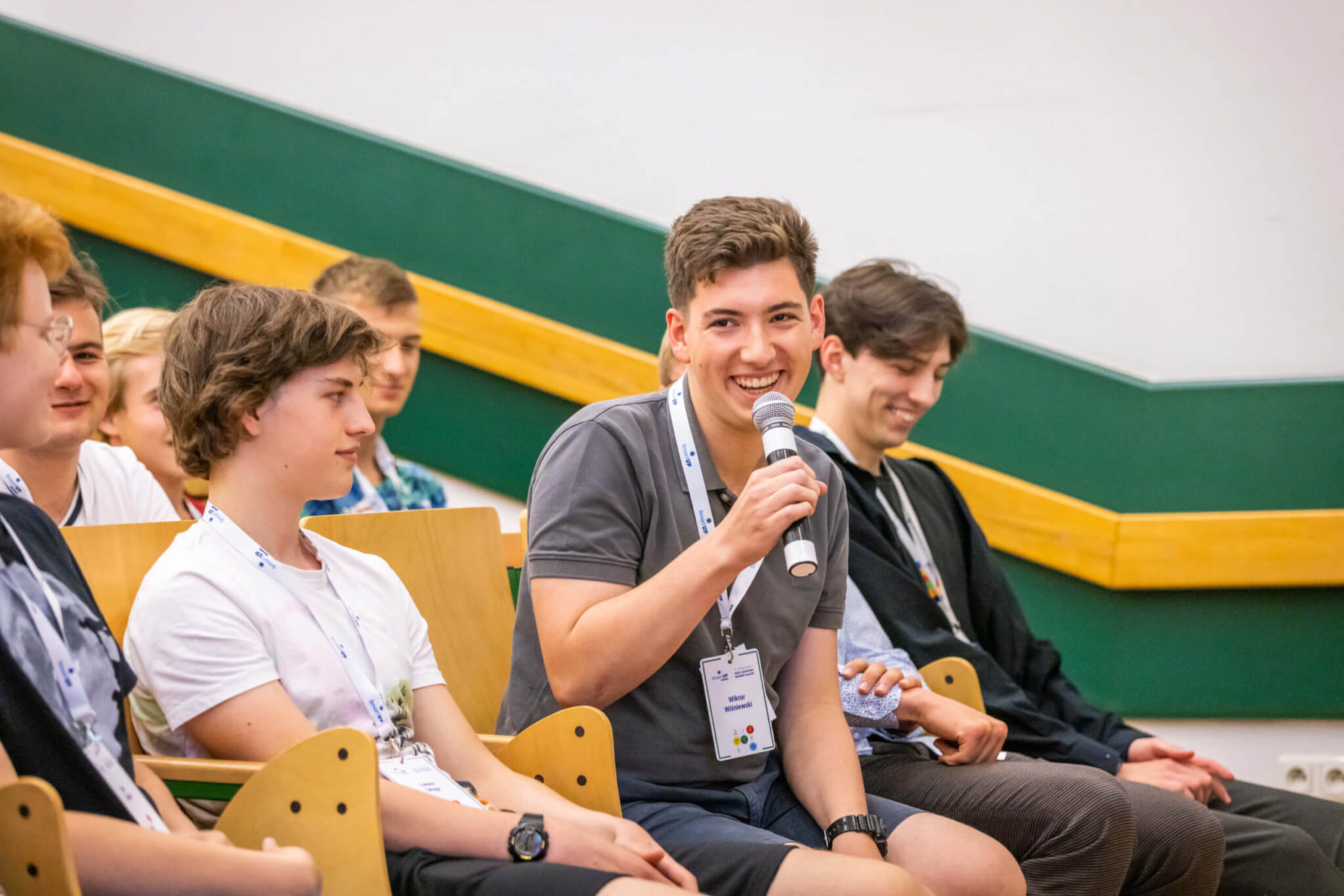 On July 17, we officially launched our science camp as part of the 8th edition of the ADAMED SmartUP scholarship program. A total of 50 young people, aged between 14 and 19, who are passionate about science, came to Warsaw for a two-week stint to attend lectures and practical sessions, pursue independent projects in professional laboratories, make new friends, and initiate long-lasting scientific collaborations.

First launched in 2014, the ADAMED SmartUP science camp is already in its 8th edition.
Since its inception, we have been supporting young people who are particularly gifted and enthusiastic about mathematical and life sciences, and promoting interest in scientific research. Over eight years, nearly 60,000 participants signed up for the program.  A total of 400 were invited to take part in science camps, 70 won the main prize, and 18 received a financial scholarship.

As every year, camp participants are working in four thematic areas: chemistry and biochemistry, medicine and medical sciences, engineering and robotics, physics and new technologies. They had already made their choice earlier this year, in spring, when they told the program’s Scientific Council about their interests.

Young chemists will grow cultures of bacteria and protein crystals, and learn about the life cycles of viruses. They will also have an opportunity to discover how the world of science works, who can publish scientific papers, and how theory is integrated with practice, for example during the development of novel drugs and therapies.

Participants with medical interests will be able to learn surgical suturing techniques and practices used in the preparation for surgery in compliance with all sterility protocols, and perform their own tests of antibiotics and germicidal agents. During the workshops, they will address the psychological aspects of doctors’ working lives, discussing the ethics of the profession and practicing patient history-taking.

Future engineers will take part in flight simulator activities, build their own model aircraft, and have an opportunity to operate drones and mobile robots. An additional highlight will be a meeting with students from an astronautics club.

Physics enthusiasts will learn about complex problems in the areas of crystallography and quantum physics, and explore the fundamentals of statistical and solid state physics. In addition, they will be given an opportunity to run their own experiments.

One of the overarching goals of the ADAMED SmartUP program is the integration of young scientists. Our events bring together teenagers from all over Poland who share an interest in mathematical and natural sciences. During the camp, they are encouraged to work in groups and get to know each other through joint projects. The participants will also benefit from a range of other attractions such as cooking workshops, trips to research centers, and mock interviews.

For the past three years, in addition to the Polish youth, we have also been inviting young people from Vietnam to participate in the program. The Vietnamese edition is organized in collaboration with the Polish-Vietnamese Friendship High School in Hanoi. This year, three winners of the program’s international edition came to Warsaw for the first time. Hoa, Hanh and Hoan will attend some of the lectures and practical sessions during the camp. In addition, they will take part in team-building activities with their Polish peers and learn about the Polish culture during sightseeing trips.

Follow us on our social media platforms for up-to-date coverage of this year’s camp.

On July 17, we officially launched our science camp as part of the 8th...

THE SPRING EDITION OF THE ADAMED SMARTUP ACADEMY IS OVER

104 students aged 14-19 took part in the spring edition of the ADAMED SmartUP...

The winners of the third edition of ADAMED SmartUP in Vietnam have been announced....

Due to the ongoing war in Ukraine, the Adamed Foundation has decided to contribute...