Author: Szymon Drobniak
When a couple of years ago the first species of carnivorous plants appeared on my window sill – the Venus flytrap and trumpet pitcher – they were only a botanical curiosity and possibly something to scare my guests with. But a single look at them allows the realisation that carnivory itself is not the only trait specific to them. A brief reflection allows for seeing comprehensive adaptations and transformations, of both a morphological and functional nature, manifested in carnivorous plants. For a biologist, the unbelievable precision and concurrence of those adaptations – whose final product is remarkable predacity – provides a matchless example of perfect mechanisms that nature can harness to obtain the best chances of survival in specific conditions.
Currently, in the era of biology based on Darwinian evolution, we look at carnivorous plants from a slightly different perspective. They provide a prime example of how natural selection can direct the development of traits promoting effective growth and reproduction in a specific environment. The biology of carnivorous plants is a perfect illustration of evolutionary compromises behind the life histories of living organisms; exploring their patterns and discovering the forces directing the biological development, we can formulate general conclusions on evolutionary biology and ecology. What’s more – carnivorous plants currently constitute one of the most endangered groups of plants, partly due to their unusual habitat requirements and the resulting vulnerability, and partly due to the progressive degradation of environments inhabited by these species. Thus, an exploration of the biology of carnivorous plants can help in effective protection of these and other endangered species.
The modern diversity of carnivorous plants
Researchers cannot agree on the precise number of known carnivorous plant species.
Currently, almost 600 species of such plants have been described, of which almost all are dicotyledons (only two species belong to monocotyledons). Generally, the carnivorous plants described so far belong to 19 genera grouped into 9 families (Table 1). 13 species appear in Poland: 1 from genus Aldrovanda, 3 from genus Drosera, 3 from genus Pinguicula and 4 from Utricularia.
The uncertainty and variance of these numbers results partly from difficulties in verifying the ecophysiology of particular species.

A – the presence of prey-attracting mechanisms; C – active catching mechanisms (‘-’ stands for a passive mechanism); D – the presence of proteolytic enzymes for digesting the prey (‘-’ – digestion with microorganisms)
† The ‘+’ sign means a number of given species was specified, although some sources feature higher figures; the ‘x’ sign means that there are many hybrid forms known (mainly breading morphs). 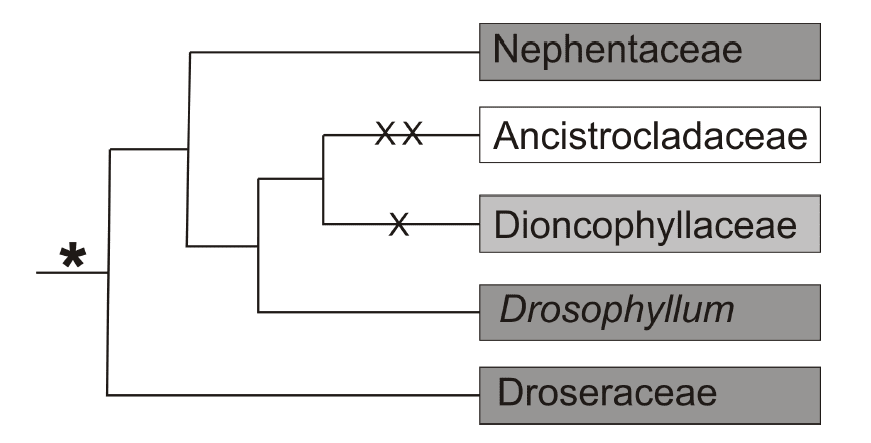 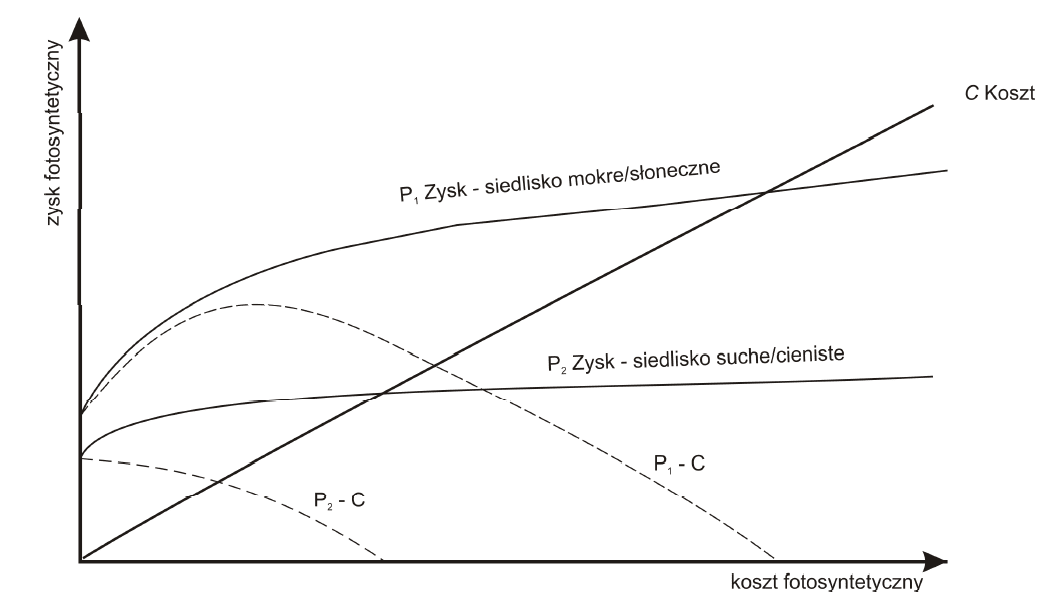 Fig. 2: The Givnish model for the evolution of carnivory in plants. (according to Givnish et al. (1987)) 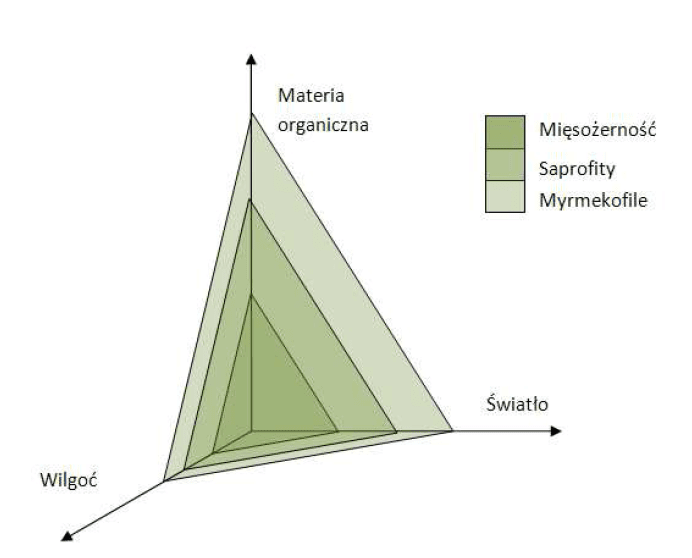 Fig. 3: The Benzig model for the evolution of carnivory; the surfaces limit the areas of occurrence of suitable feeding strategies.

Fig. 4: Spatial separation of prehensile organs (red) and flowers as a safeguard against the pollinator-prey conflict; from the left: Dionaea, Nepenthes, Darlingtonia, Cephalotus, Pinguicula.