According to Eurostat, an average citizen of the European Union aged between 20 and 74 spends his or her days in the following manner: sleeping for eight hours, spending approximately three hours on eating and personal hygiene, working or doing household chores for 6.5 hours, commuting for 1.5 hour, watching TV for two hours and spending about two hours socialising. A statistical European has less than an hour left for pursuing his or her hobbies.

The above enumeration shows that there is little time left for some uninterrupted thought. Because everyday life does not provide us with many opportunities to stop, get some distance and think.
About what? Let’s say about what people like us surround themselves with in times as interesting as now. For us it is a trivial question, because it would be enough to just look around and start naming randomly selected objects, but from the point of view of a historian from 2312 such a list of objects would be a repository of information about the development level of our civilisation – from technology and science to art. Will someone remember us in 300 years?

How was the century box created?

Certain types of soil and sea floors have been storing buried souvenirs of the past in stable conditions. Museums bulge at the seams with all the pieces and new exhibitions, so they have developed their ways to secure the most important objects. Sometimes they are saved by philanthropists (for example the Czartoryski family, whose art collection reaches back as far as 13th century), who collect works of art and souvenirs from the past in their own houses. They care about them, and at a time of historic turmoil take them somewhere safe, often abroad.
So maybe it is worth hiding something oneself and keeping it safe for hundreds of years? This was already happening at the turn of the 19th and 20th century when the idea of putting contemporary objects into metal containers emerged. They were called century boxes.

In 1905, a French millionaire, Louis Mantin, ordered in his last will that his entire mansion be shuttered for one hundred years. He wanted people from the new millennium to admire the lavishness and affluence from the beginning of the previous century. His idea has worked out, but a costly renovation of the building was necessary.

It was not until 1939 and the World Exhibition in New York that containers were intentionally buried or immured in foundations or walls of buildings, popularly called “time capsules”. With its monolith-like capsule, the Westinghouse company popularised the idea of storing everyday objects for the following decades. Not surprisingly, the object fair that “looked into the future” became a star of the exhibition.

During the 1970s, as soon as we began to feel more confident in exploring outer space, we sent the capsules of our civilisation there four times.
In 1973-74, space probes Pioneer 10 and 11 carried aluminium plaques that featured a few simple sketches describing humans and the place where is Earth.
In 1999, as The Seattle Times reported, the wave of burying and immuring time capsules enjoyed a renaissance due to the end of the century and of the millennium.

How to make a photograph from centuries ago

One might draw the conclusion that turbulent times of war or dire end-of-the-world prophecies looming behind the calendar may encourage people to store the relics of their epoch for future generations. There’s nothing surprising about that: after all, a strong stimulus is needed in order for us to devote our precious time to designing the capsule, financing it and filling it with objects. And such a capsule must be made out of sturdy materials and closed tightly. After all, it is supposed to slow the matter degradation processes.

Unfortunately, the time will not go by any slower; we may only minimise the effects of its lapse. If we print a photo in a standard manner today, in about 30-60 years the colours will fade and the paper will turn yellow to such an extent that the photo will be almost illegible. A picture or a letter may also become partially digested by fungi or insects, which will prey on a photo album stored in the attic.

Let’s imagine the same photo, but closed in a hermetic capsule. We are isolating it from light – one of the three main catalysts of the reactions that lead to the change and decay of matter. We are also able to eliminate oxygen, the second degradation power after light, which leads to oxidation (and corrosion). Keeping the humidity at an appropriate level is important, too. For paper it is approximately 50% relative humidity at room temperature.

Such a level preserves its elasticity and prevents water-induced decay. This process, called chain hydrolysis, is the third process contributing to the decay after photodegradation and oxidation. If the message for the future is additionally stored in stable temperatures until the opening, there is a high probability that in 300 years after opening the capsule, someone will find an intact, colourful picture. 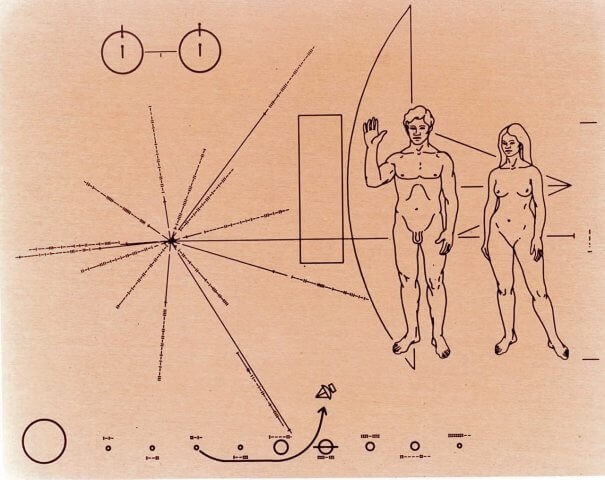 Pioneer space probes took aluminium plaques that feature pictures of a human and the location of the Earth far into outer space.

Unfortunately, getting involved in the preparation of a capsule is not enough. It is equally important to make sure that someone in the future will know where to look for our century box. Already at the beginning of the century, the Time Capsule Society warned that the location of 10 thousand closed containers has been forgotten.

It does not stop those who feel the need to celebrate an anniversary or to write a letter to their great-great-grandchild.

Now the Doctoral Student Association of the Jagiellonian University has joined in. The occasion is its 20th anniversary. The capsule will be filled with pictures taken while celebrating the jubilee and reflections on the evolution of a doctoral student role in the following decades. In 100 years, during the celebration of 120th anniversary of the Association, the capsule will be opened by our successors.

Chemists from the Stability and Degradation of Paper Laboratory at the Department of Chemistry of the Jagiellonian University (Prof. Tomasz Łojewski, Roman Gołąb M.Eng. and Monika A. Koperska M.Sc.) are currently working on its construction.

Using zeolite, a very porous aluminosilicate mineral, is innovative in comparison with the commercially available solutions. Contrary to silicone gels, it not only stabilises the humidity but also absorbs the gas degradation products of items stored in a capsule. In order to add some scientific flavour to the project, the colour of the items has been measured, instructions concerning the measuring system have been provided, and the paper on which the pictures are printed is described in detailn. It will enable future scientists to assess the damage extent of the recording and the paper.

The capsule will be buried this month at the new campus of the Jagiellonian University, right under the doctoral student bench (an official place where candidates for professional scientists may sit and deliberate). Information on the whereabouts of the capsule and the date of the opening will be placed on the bench itself and included into the property register of the Jagiellonian University.

Aliens, listen to the Earth

Storing multimedia messages is a challenging issue when constructing a capsule. What carriers should be used? It all depends on the time period after which we will take the capsule out. The once popular use of magnetic tape begins to lose the recorded information on it after 30-50 years, a floppy disk becomes demagnetised in less than a decade, and a CD that was burnt at home may lose information even after 3-5 years! 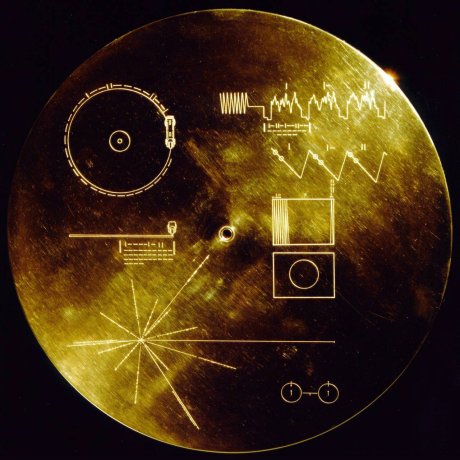 Naturally, such a technology is not available for an average person. “I disagree!” stated the artist Jean-Marc Philippe. He devised the KEO Project, the aim of which is to launch a time capsule into the earth’s orbit. Such a satellite would fall back down to Earth by itself in tens of thousands of years.
It is supposed to have aboard a library consisting of the major masterpieces of humankind and a catalogue of personal messages from the Earthlings of the 21st century.  The history of the project shows that there is no hurry with sending one’s own message, as the date of launching the capsule has been postponed five times since 1994.b The most recent date is 2014.

A monolith hanging over our heads

Nowadays, as we are facing numerous economic disruptions and climate change, and even the most reasonable people are calculating when our natural resources will run out – the world provokes us yet again to design a time capsule. This time 21st century-style.

Maybe following the example of the monolith from a short story entitled ‘The Sentinel’ by Arthur C. Clarke, we should place the archives of our civilisation on the Moon’s surface, where there is no erosion and no access for destructive ideologies? The alternative solution could consist in “hanging” such a repository literally above our heads, let’s say at one of the libration points of the Earth, so called Lagrange points, where the gravitational pull of adjacent celestial objects is neutralised and it is possible to maintain a stable position.

Tips to find the capsule should be scattered all around the world, in places where human curiosity and willingness to explore will not allow them to disappear. As a result, should there be a necessity to learn more about the past or – less fortunately – to rebuild civilisation; our descendants will be able to reach our thoughts and achievements. In order not to waste their time on speculation.

An open mind from love towards mathematics

How can you learn to program?

Print yourself a medication