Plenty of inspiration at the Second Alumni Reunion 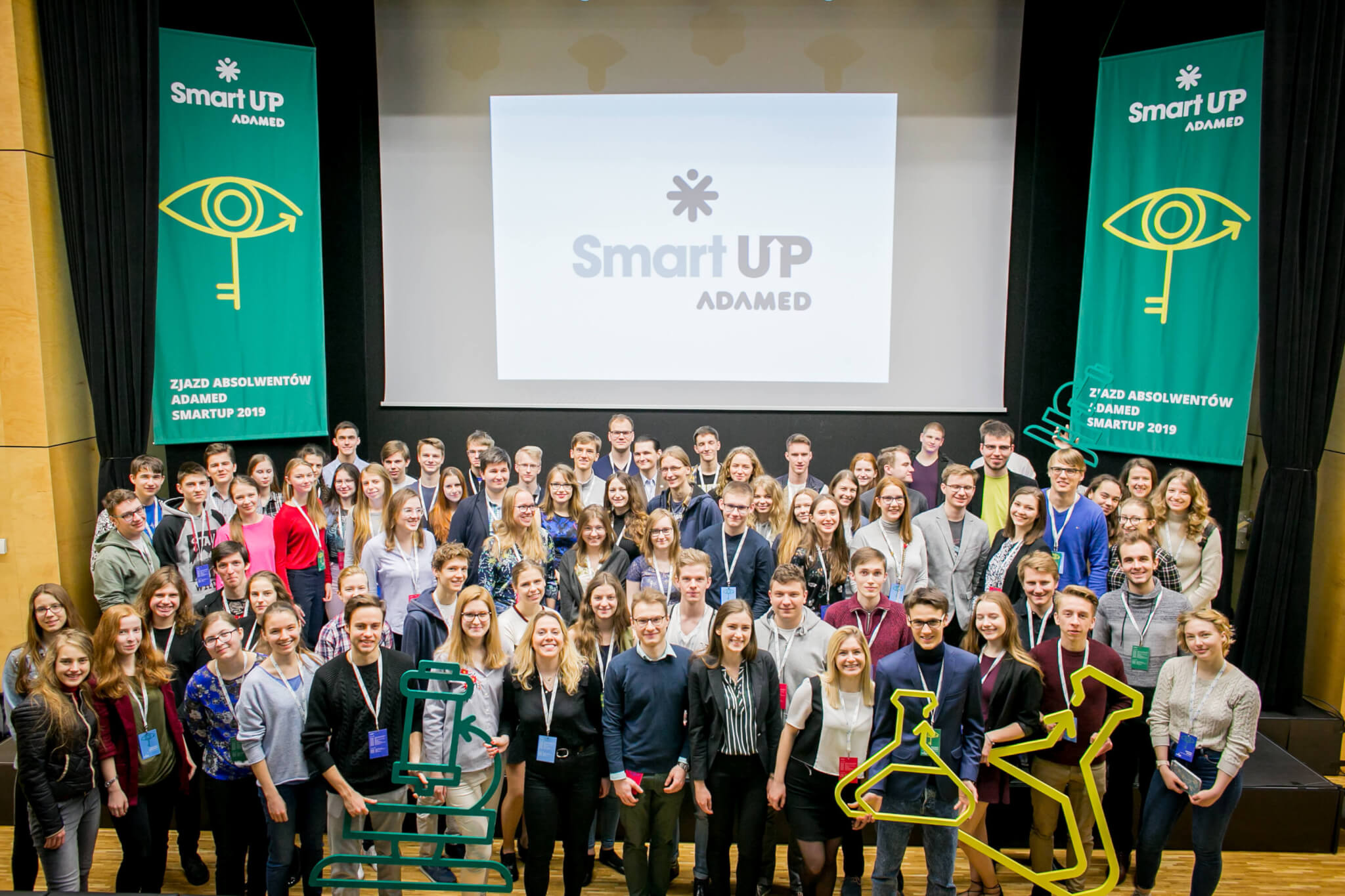 The second reunion of the ADAMED SmartUP alumni has just taken place. As their number is increasing year by year, this two-day event has been a marvellous opportunity to integrate, share experiences, and derive inspiration during conversations with peers.

The Alumni Reunion is an initiative which was launched last year for the ever larger group of ADAMED SmartUP science camp participants. This year, the meeting was held on 13 and 14 April and attended by those who had taken part in the first four editions of the programme.

ADAMED SmartUP is just the starting point for your development and success, which we would like to both support and track. For some of you the adventure has begun just a few months ago, but others have been with us for nearly five years. Your being here proves that ADAMED SmartUP did change something in your lives, but even more importantly, it proves that you are a community of committed people who are ready to take action in order to change yourselves and your surroundings.  You appreciate what you get, are capable of sharing your knowledge and are not only aware of your right to make choices but know how to do that in practice. You are facing unprecedented opportunities, so, please, be creative and innovative. And make your own decisions , this is how Katarzyna Dubno, Member of the Management Board of the Adamed Group’s Foundation, welcomed the alumni.

A networking session aimed to give the participants of different editions of the programme a chance to get to know each other was the first item on the agenda. Owing to its dynamic form, the session engaged the participants to solve a challenge they faced by using creativity and group work.

It was like hitting a bullseye. We were divided into four groups and had two hours to join forces in order to develop devices capable of saving the world from a collision with an asteroid, says Natalia Puczek, the winner of the main award during the fourth edition of ADAMED SmartUP.

Zuzanna Zarzyka, another participant, adds: I have never had a chance to take part in such a non-standard networking session. I believe, though, that it enables the participants to build great relationships. We have had an opportunity to get to know better the people we met at camps and to meet those who participated in other editions of the programme. It is important if we want to make a joint effort to create the ADAMED SmartUP community.

Integration was followed by scientific presentations. Ten alumni shared information about their research projects and achievements. Their speeches focused on such topics as electrostatic stimulation of plants, 3D design, the future of self-driving cars or Alzheimer’s disease treatment and ended with a Q&A session each.

The second day of this year’s Reunion was dedicated to interpersonal communication. The alumni attended a workshop during which they discussed first impressions as well as the importance of non-verbal communication and body language.