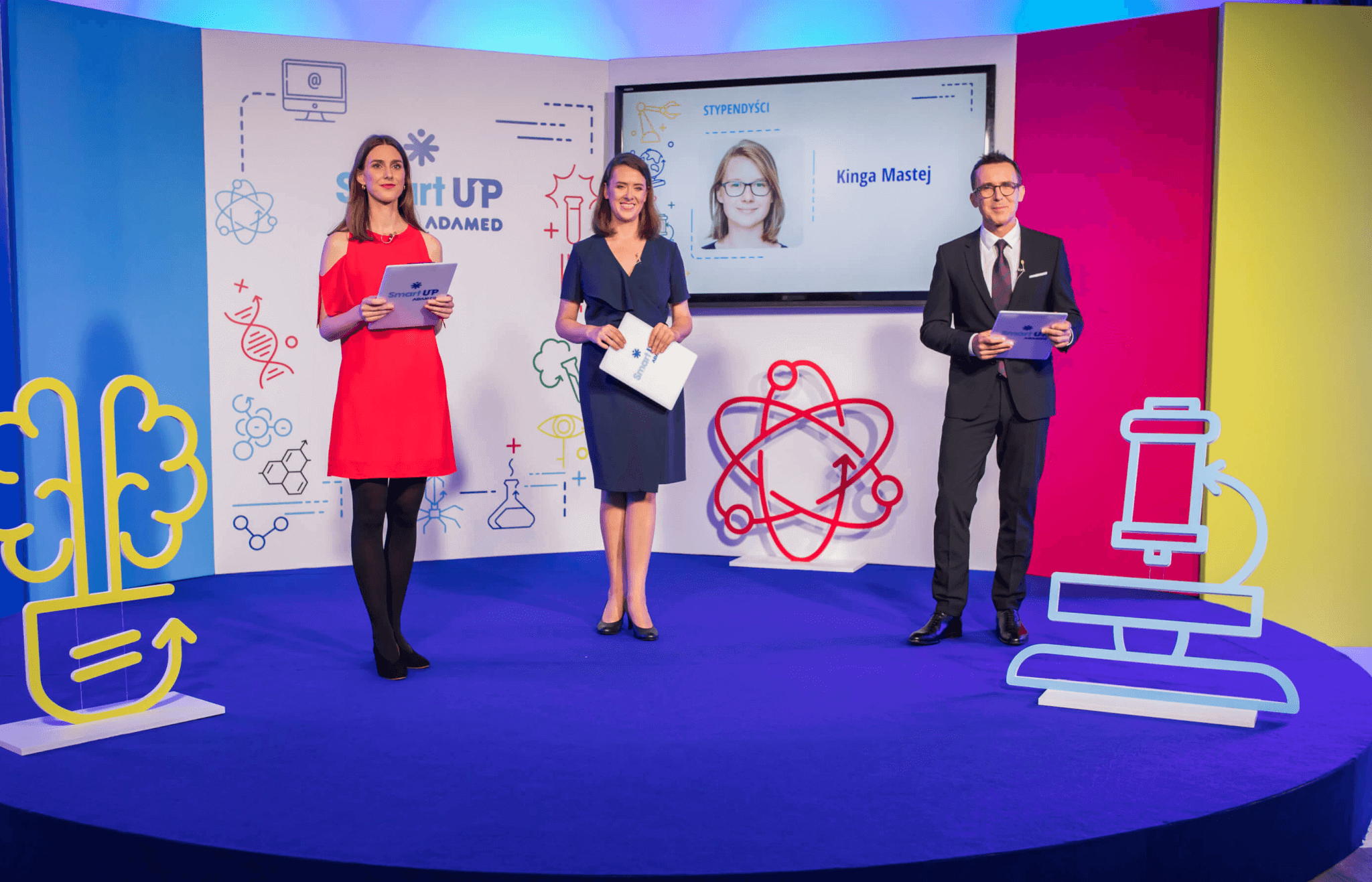 The Adamed Foundation Board members, the ADAMED SmartUP Scientific Council members, lecturers, and friends of the programme were among the guests of this online event. Most of all, however, it was the evening of celebrating our recent graduates, who were impatiently waiting for the announcement of winners.

“It is always a very special moment for us as it culminates the work and engagement of all the campers and awards the best among them, which, believe me or not, is very difficult, because all students are exceptional and worth receiving the main prize,” assured Katarzyna Dubno, the Adamed Foundation Board Member.

Every year, however, only 10 students can be distinguished, so after long discussions and deliberations, the Scientific Council made the final decision of selecting the following laureates of the 6th edition of the ADAMED SmartUP Programme:

In the coming school year, the laureates will be paired with mentors who will guide them through a series of academic advising sessions, suited to the individual needs of the scholars.

“I would like to use this opportunity for my scientific development in medicine, focused on the study of immunology and immunotherapies, and to find research internship opportunities in Poland or abroad,” declares Kamil Tkacz, a member of the medicine & medical sciences camp group. Piotr Grynfelder, a laureate representing the physics & new technologies camp group, also counts on participating in interesting scientific projects.  “I would like to get the opportunity of working in the laboratory, as I have never had a chance to work in one, or to take part in a research internship,” he adds.

After a year of intensive work, this year’s winners will also have a chance to receive a scholarship. During our online ceremony, the 3 following last-year’s laureates were honoured with it:

Each scholarship is worth 40,000 PLN, and scholars can use them to finance their further education and to pursue their future scientific endeavours.

The next edition of the ADAMED SmartUP Programme has already started!

Students passionate about natural sciences and aged between 14 and 19 can try their best in the ADAMED SmartUP Programme. The registration to its 7th edition was launched in early September. Beginning October 1, a new online recruitment game will commence. Players with the highest scores will be invited to subsequent stages of the run for securing a place at the next year’s science camp and a chance to win the main prize.